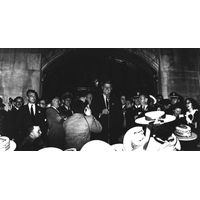 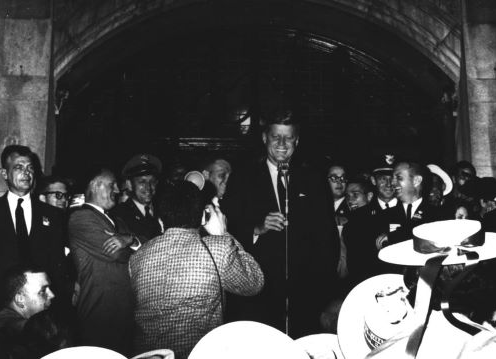 On March 29-31, 1961, the National Student Association with American University (AU) and University of Michigan students hosted the National Conference on Youth Service Abroad on the AU campus. The conference was called to advise founding director Sargent Shriver about the new Peace Corps, including its goals, mission, and methods. Student attendees – nearly 500 – pondered the most basic questions: Who would volunteer? What countries would invite them? What would host communities want them to do? How should they be trained? How could Peace Corps best fulfill President John F. Kennedy’s vision of American young people serving abroad?

On March 31, 2021, 60 years later, Museum of the Peace Corps Experience and American University, opened another conference:  Peace Corps 2.0: A Symposium as part of the exhibition. Discussions about the future of Peace Corps in 2021 are even more significant since the pandemic forced over 7,000 volunteers to leave 62 countries in March 2020. A year later volunteers have not yet been redeployed to host countries.

The symposium’s first panel featured Student Voices, commemorating the students who attended that 1961 conference and recommended Peace Corps building blocks 60 years ago. The second panel, Many Faces of Peace Corps, focused on volunteers from non-majority American populations and their experience representing America in host countries. Kicking off the third segment of the symposium were colorful stories from two volunteers who attended the 1961 conference.

The focus then turned to the future with an overview of Peace Corps Connect to the Future, a report of eight community-wide discussions sponsored by National Peace Corps Association (NPCA) in summer 2020. In a breakout session, participants discussed the question: “What is the impact of Peace Corps?”  Lastly, an update from the Peace Corps Office of the Director rounded off the fact-filled, fast-paced, stimulating three-hour event.

More than 350 people attended Peace Corps 2.0: A Symposium. A video recording of the symposium will soon be available on the Museum website.

The symposium program with names of panelists and speakers is included below. 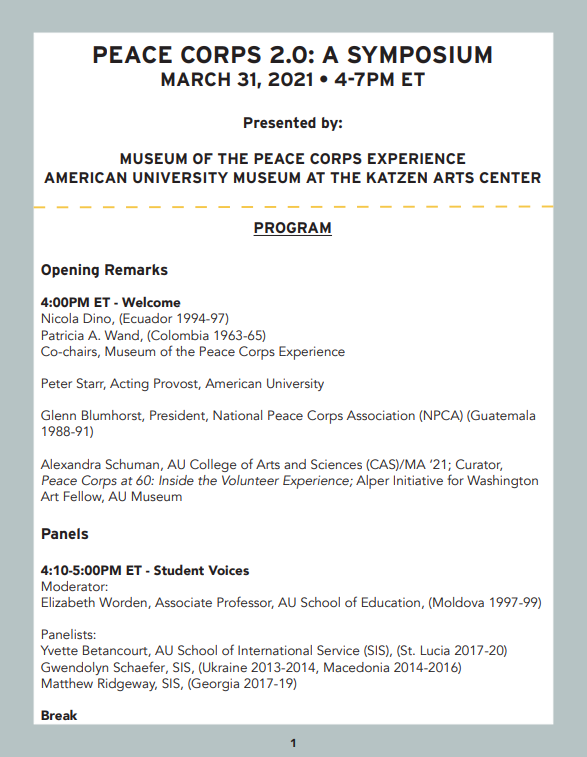 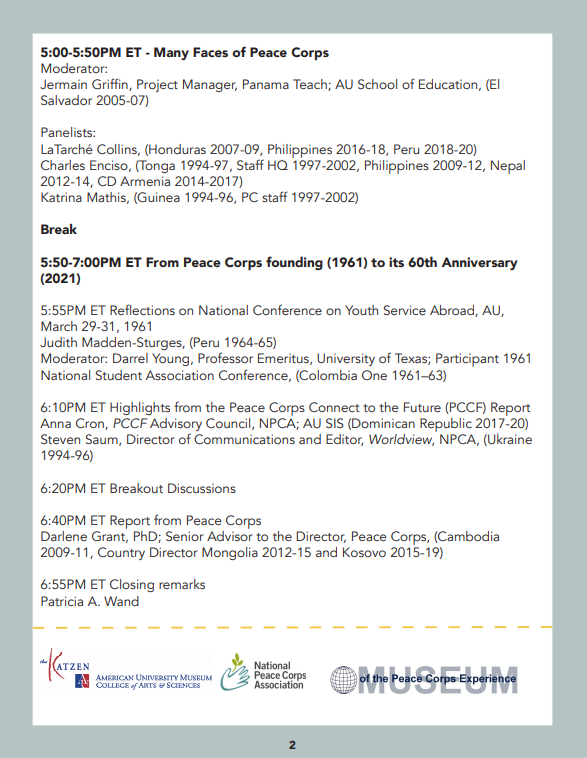