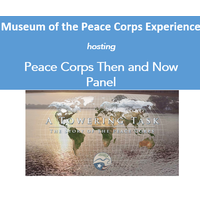 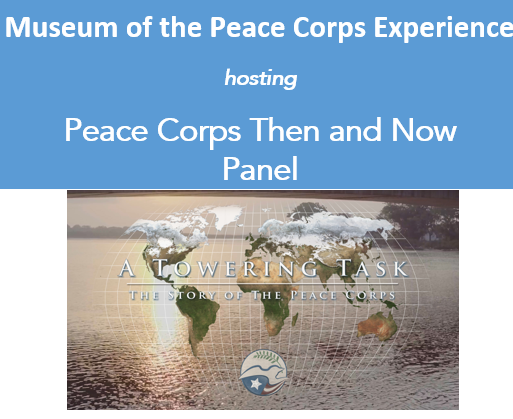 Thirty-eight attendees participated in the lively discussion about the documentary production, Peace Corps plans to redeploy volunteers, current issues facing the Peace Corps community, and challenges of evacuated PCVs. Patricia Wand (Colombia 1963-1965), Museum Co-Chair, offered an update on Museum activities and a description of Many Faces of Peace Corps, the new initiative to collect stories from Black Volunteers and others from under-represented populations in the U.S. To view a recording of the discussion, click HERE (audio starts at 00:34).

The Museum thanks the 66 individuals who purchased tickets to view “A Towering Task,” the award-winning documentary. Proceeds from sales support the documentary and the Museum’s plans to celebrate Peace Corps 60th Anniversary in 2021.