I served in small business development in the Middle Atlas Mountains of Morocco. Azrou, a market town, had a population of Berbers and Arabs. I worked with women rug weavers, embroiderers, and seamstresses, and men who did rock-carving, metalwork, and woodcarving. I helped them develop products and marketing strategies. For me, Morocco was an explosion of the senses – the colors, aromas, sounds, and tastes were spicy in every way. The weavers gave me an appreciation of the art, craft, history, and the love that went into each piece.

I used my stipend to pay rent and buy food.  With my settling-in allowance and some of my own savings, I bought a refrigerator, an oven, and a hot-water heater. Most of the other volunteers splurged on only one of the three. If they had more than one, it was because their parents came to visit and bought them a present. I decided - I am an adult, I want all three. Like the local people, I squeezed into grand taxis: two people in the passenger seat, four in the rear. Every other person had to lean forward or backward for everyone to fit. There was always a fight over whether a window could be open, lest a djinn come in. When I left, I gave the heater to a Moroccan family who often invited me for couscous on Friday. My host family did not like couscous, but I loved it.

A friend once told me that non-buyer’s remorse is worse than buyer’s remorse, and I think it is true.  My predecessor in Azrou bought a unique rug with Berber alphabet letters and a purple border just before he left. I declined to buy it and then for years called it “the rug that got away.”   After that, I decided not to have any more non-buyer’s remorse. Working with artisans made that feeling more acute.  The women weave quickly on a hand loom despite the delicate work. They must still complete all the daily housekeeping tasks and it can take months to make a medium-sized rug. I became a frequent customer, supporting small business in my own way!

Women wore jellabas when outside or at the women’s cooperative. These colorful garments cover everything from the neck down, both for modesty and warmth. I bought many of them to give to friends and to use for Third Goal presentations.

Morocco is about the size of California, with about the same population and climate. It is a collection of tribes; each area has different dialects and customs. The Berbers in the south are conservative, covering their entire bodies and their heads. Their black fabrics are more form-fitting than the jellaba. They use neon colors to accentuate the black wraps. In the north, the dress is entirely different – white shirts, striped skirts, and straw hats with tassels. Everywhere, underneath the traditional outerwear, is a t-shirt and sweatpants.

There was no non-buyer’s remorse for me; I bought everything. I acquired fabrics, rugs, spices, furniture, metalwork and a lot of pottery. Some I use, some I gave away, and some is still in boxes awaiting its moment.  When I sent it all home, the man at the post office asked if I was buying all of Morocco.  I did not have buyer’s remorse; I have buyer’s overload.

Years later, I still regretted the “rug that got away.” Then, out of the blue, my predecessor sent it to me on long-term loan. However, the purple had faded, and it was no longer the rug of my dreams.  I sent it back to him and let go of my non-buyer’s remorse. However, I remain more comfortable with color and spice than I was earlier in my life.  I am thrilled to donate both clothing and a table to the Museum where they will be appreciated and enjoyed by others. 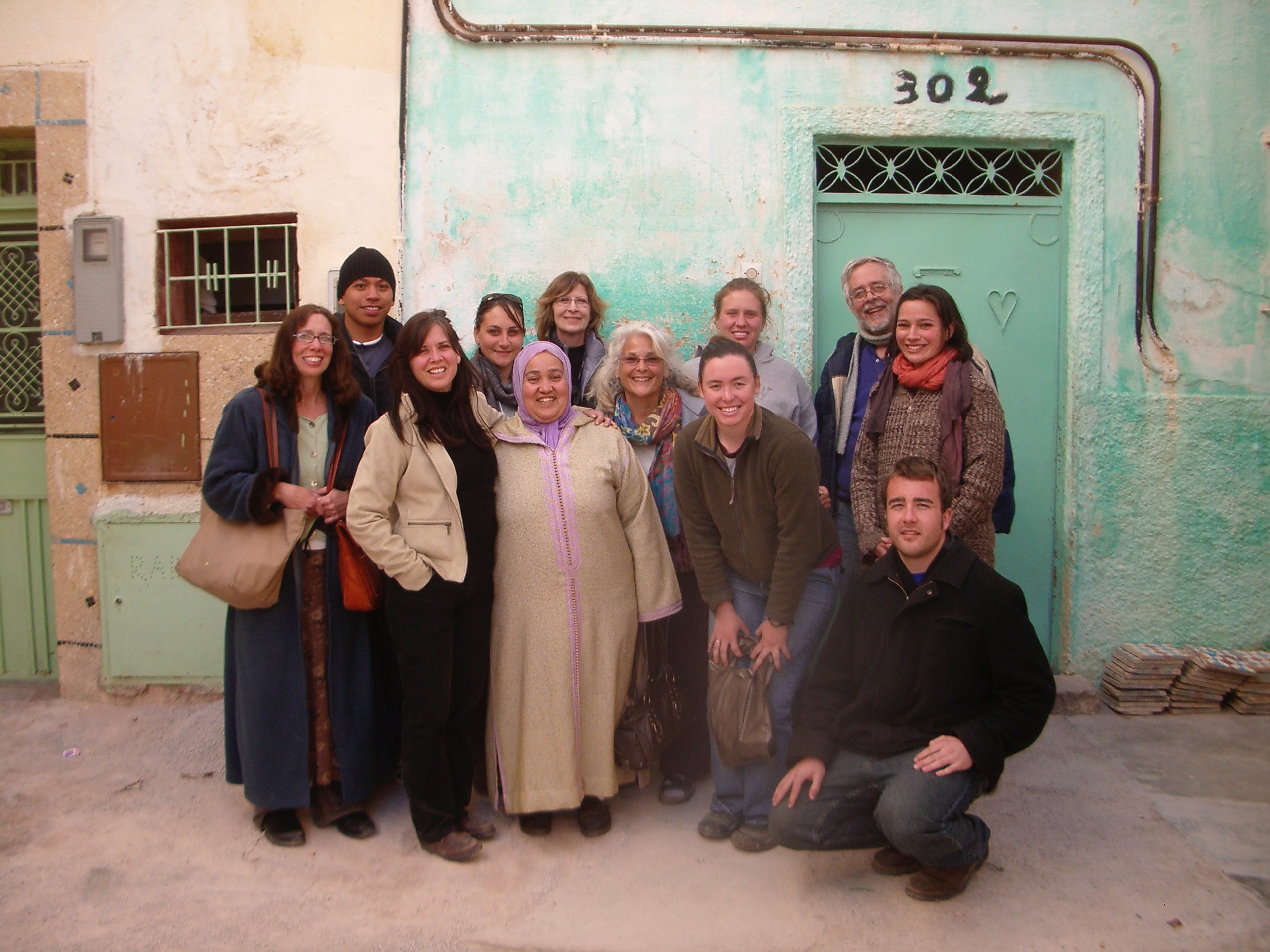 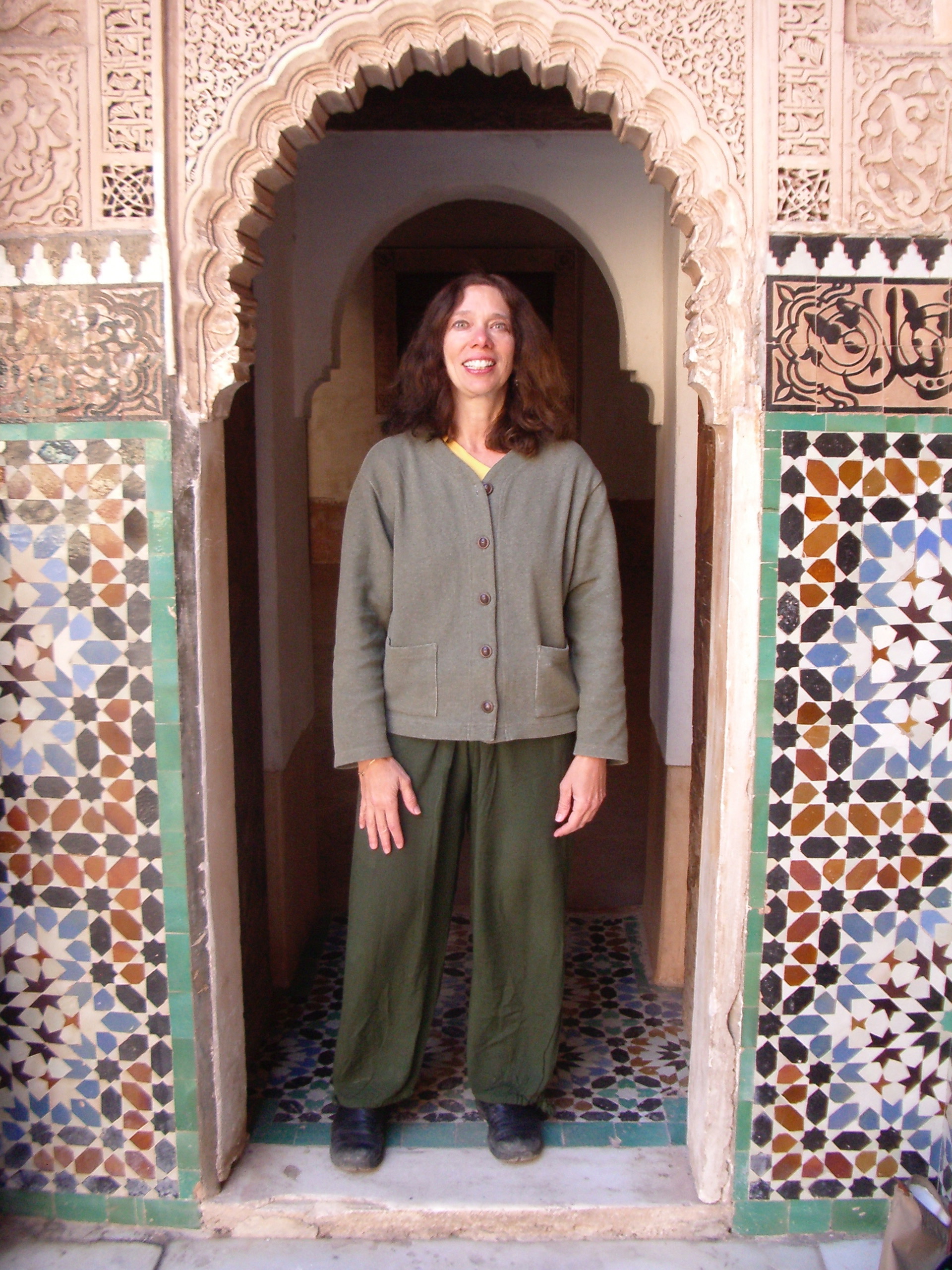